Why does Reverse psychology works?

Reverse psychology is based on an emotional phenomenon called “reactance” that describes what in practice is that negative emotion that the mind generates when someone tries to convince us of something.
END_OF_DOCUMENT_TOKEN_TO_BE_REPLACED 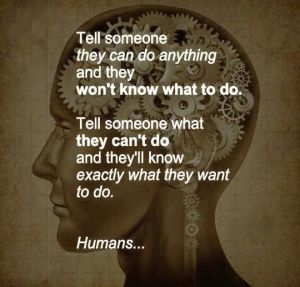 This method is called Reverse Psychology and surely you have use it or heard about it. Reverse psychology is a technique by which someone is determined to adopt a certain behavior, suggesting them to behave in exactly the opposite manner. This technique is based on psychological resistance in which a person required to behave in a certain way will experience a restriction on his freedom and will act in the opposite manner.The method works because nobody likes to be told what to do, and acting in the reverse manner restores our sense of freedom. 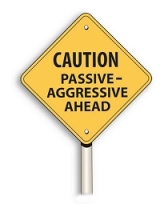 Maybe you often hear the phrase “passive-aggressive behavior,” but you had no idea what it means. Verbal violence could be the first feature that you can think in such cases. If it’s a passive and aggressive  behavior  at the same time, probably it won’t get to episodes of physical violence, right? Such logic is acceptable, but it is not the case for this type of behavior. In reality, those who have passive-aggressive behavior usually are responsible for many END_OF_DOCUMENT_TOKEN_TO_BE_REPLACED

Persuasion- the art of getting what you want (II)

Each person has certain techniques to get what they want: some use seduction, others entreaties, while others call for intimidation. But you don’t need to be a specialist to get the desired result. We have some tricks that could help you: END_OF_DOCUMENT_TOKEN_TO_BE_REPLACED