Michael Mosley explores the latest theories on how our personalities are created – and whether they can be changed. Despite appearances, Mosley is a pessimist who constantly frets about the future. He wants to worry less and become more of an optimist. He tries out two techniques to change this aspect of his personality – with surprising results. And he travels to the frontiers of genetics and neuroscience to find out about the forces that shape all our personalities.

Wendy Berry Mendes, UCSF Department of Psychiatry, explores how emotions, thoughts, and intentions are experienced in the body and how bodily responses shape and influence thoughts, behavior and emotions. In this seminar you will find a series of experiments and their results.

With all the benefits that come with being the alpha male it’s no surprise that male apes work so hard to get to the top. But it’s not just our chimpanzee cousins who are in a constant struggle for power. From the world leader’s power walk and the CEO’s dominance posture, to our subtle everyday power struggles with strangers, this episode explores how those primitive instincts remain, and how  just like in the jungle  every human relationship is a battle to become king of the swingers.

This video clip is part of a documentary (UK’s Channel 4 – Body Talk “Sex”) that reveals the body “tells” women use to indicate their interest in men. The host constructed a club-like environment and analyzed how the women responded to certain men. The women in the video used body language to reveal how they really felt about the men they were talking to.

If you’ve ever wondered if a woman was interested in you, chances are she was sending you signals without you even knowing. This video will help you learn some of those indicators of interest.

The Art of Deciphering Facial Expressions

Psychologist Paul Ekman from San Francisco is reputedly the best human lie detector in the world. He has been researching facial expressions for more than forty years. He has learned to move every single muscle in his face at will. Over the years he has created an ‘atlas of emotions’ with more than ten thousand facial expressions. Ekman’s biggest discovery is the ‘micro-expression’, which shows up on our faces for fractions of a second as an indicator that we’re lying and which reveals our true feelings.

For centuries scientists have been attempting to come up with an elixir of youth. Now remarkable discoveries are suggesting that ageing is something flexible that can ultimately be manipulated.

Horizon meets the scientists who are attempting to piece together why we age and more vitally for all of us, what we can do to prevent it. But which theory will prevail?

Does the 95-year-old woman who smokes two packets of cigarettes a day hold the clue? Do blueberries really delay signs of ageing or is it more a question of attitude? Does the real key to controlling how we age lie with a five-year-old boy with an extraordinary ageing disease or with a self-experimenting Harvard professor?

Could one of these breakthroughs really see our lives extend past 120 years?

The Magic of Thinking Big

This is the audio book that begin my fight against stinking thinking so that I could WIN!
I hope it does the same for You and gives You the breakthroughs You deserve.

Life is meant to be lived in abundance. We all want to experience life at the highest levels. Over the years, we have been taught the importance of vision and clear thought. However, those who have truly attained success in all aspects of life know there is more that needs to be done to reach the top, and live a life of fulfillment and gratitude. Without knowing the optimal path, life tends to meander like a stream. A stream will take you down the mountain, but it will never carry you to the top. Never before in history has there been a film that has told the story of the journey through life coupled with the worlds leading authorities on personal success. As an added bonus, the viewer will be treated to four dynamic individuals who will inspire, motivate and make you think at a deep level when you learn of their incredible life stories. 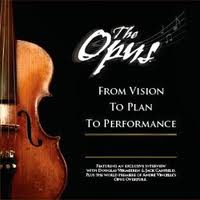 challenges and succeeds – this young man is Vivaldi! This unique and powerful film features lessons from the world’s top teachers and achievers .

Every person born on the planet arrives with the potential to create an incredible Opus. But only some people do. Why is that? In this spectacular follow up to the Law of Attraction you will find amazing insights from Top Achievers and Teachers on how to turn your intentions into accomplishments. In The Opus you will be shown the formula and patterns Top Achievers use to create greater abundance in Wealth, Health, Relationships and self achievement.

A look into the ways that presenter Laverne Antrobus reveals how the role of the father in bringing up their kids is far more important than previously thought.

The Shadow Effect is an emotionally-gripping, visually-compelling docudrama that reveals why suppressed emotions and unresolved internal conflicts leads to behavior that continually unseats politicians, destroys celebrity careers, destabilizes the economy and affects the lives of millions each year.

Do you want to know how to read body language? Learn the basis in body language while wathcing this great documentary

Documentary about the nature of human consciousness.

P.S. You can find us on Facebook at Leading Personality page.