In an experiment initiated by The Washington Post at the Metro subway station L’Enfant Plaza in Washington, D.C. on January 12, 2007, a man (Joshua Bell) with a violin plays something from Bach. The experiment was videotaped on a hidden camera and in this time almost 1097 people passed by.

The musician played the violin for 38 minutes without stopping. Only 7 people stopped for a minute to listen. About 20 people gave him money while they where passing by away. The man with a violin made ​​$ 32. When he finished playing there was no applause and that was pretty weird because this man was one of the best violonists.

He sang one of the most difficult and complex compositions of Bach on a Stradivarius violin dated from 1713 and worth of 3.5 million dollars. Two days before this Joshua Bell had a concert in Boston, where tickets have cost on average $ 100.

My grandfather likes to send this mail to all of his employees, and it touches them deeply and inspires them for the better. And today I am spreading his message to the entire world.

One day all the employees reached the office and they saw a big advice on the door on which it was written:
Yesterday the person who has been hindering your growth in this company passed away. We invite you to join the funeral in the room that has been prepared in the gym.

In the beginning, they all got sad for the death of one of their colleagues, but after a while they started getting curious to know who was that man who hindered the growth of his colleagues and END_OF_DOCUMENT_TOKEN_TO_BE_REPLACED 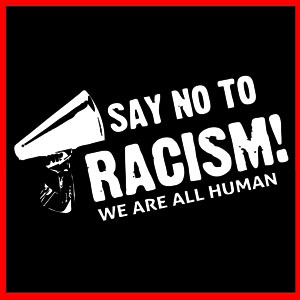 The following scene took place on a BA flight between Johannesburg and London.A white woman, about 50 years old, was seated next to a black man. Obviously disturbed by this, she called the air Hostess.

“Madam, what is the matter?” the hostess asked

“You obviously do not see it then?” she responded. “You placed me next to a black man. I do not agree to sit END_OF_DOCUMENT_TOKEN_TO_BE_REPLACED

END_OF_DOCUMENT_TOKEN_TO_BE_REPLACED

Genetics company 23andMe was just granted a patent on technology that allows you to design a child in the same way you might a car or a house. Is this really the future of baby-making? And if so, is this a good or bad development? Anthony dives deep into the patent for answers.